The origins of yoga began well over 5,000 years ago. Yoga is the Sanskrit word “to join” or “to unite” which melds the physical, mental and spiritual practice with breath. Therefore, yoga is the practice of joining all three aforementioned components to create a level of conscious harmony.
To better understand the origin of yoga, the four following categories of yoga are an actual progression from the foundations of yoga and it’s evolution into modern yoga practices.

Vedic Yoga: is the earliest form of yoga and is also known as archaic yoga. The purpose of practicing Vedic yoga was to bring mental awareness and focus for an extended period of time.

Post-Classical or Modern Yoga: is what we call “power yoga” The founder of the modern day yoga is Krishnamacharya, who taught the ancient practice of “Hatha Yoga”. “Ha” means sun and “Tha” means moon. Krishna fused both the sun and the moon to create a masculine (solar) and feminine (moon), thus creating a duality of the modern day practice.

Three men who enable the teachings of Krishna and showcased Modern Yoga were Pattabi Jois, B.K.S Iyengar, and Desikachar.

Pattabi Jois, is the founder of Ashtanga yoga. This form of yoga is a rigorous, athletic form of yoga that focuses on 27 asanas (poses) for two rounds. Definitely not for the faint of heart!

B.K.S Iyengar founder of Iyengar Yoga is the first yoga to introduce props; such as blocks and straps to help a practitioner better facilitate the postures. This form of yoga also accommodated practitioners with any physical challenges and body, with the help of props to ease into each pose.

Desikachar, son to the founder of Modern Yoga, Krishna, founded ViniYoga, or Vinyasa Yoga. Also called Flow Yoga, is a series of movement, which flows into the next, but each flow can be different each time the sequence is performed.

Knowing the origins and history of yoga enhances the practitioner’s experience. With each pose and breath taken, we learn more about ourselves. Suddenly strength we never knew existed is brought forth simply by being mindful and focused. Each time we schedule time to practice, we pay attention to the particular moment when everything weighing heavily on our shoulders dissolve. At that moment yoga no longer becomes a series of poses, but a connection between the mind, body, and spirit, one, which we eventually transfer off the mat into our daily lives. 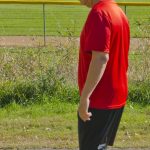 How regular daily activities can be exercise

Ways to Stay Active This Winter 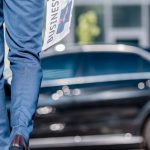 How to make exercise that is fun 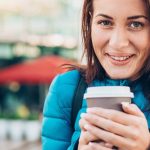 Shivering is a workout!