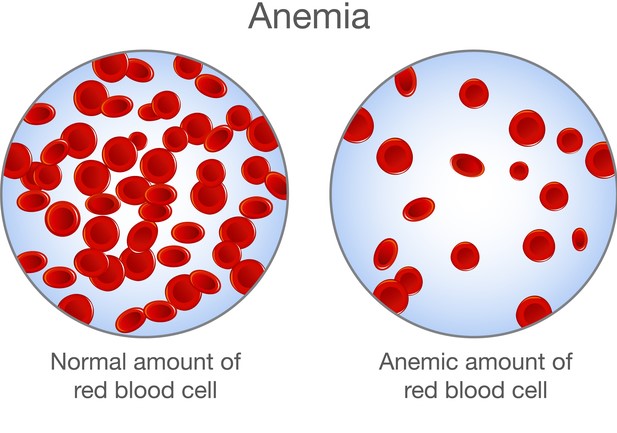 Obesity and iron deficiency anemia appear to be unrelated. But according to studies, there is an increased risk of iron deficiency among people with obesity. Researchers(Cepeda-Lopez AC1, Aeberli I, Zimmermann MB., 2011), say that an obese person is likely to get anemia because of:

The study found that the higher levels of Hepcidin observed in obese individuals reduces their rate of iron absorption.

Bariatric patients are also at risk of anemia

Even after surgery, you are still at risk of anemia as your body cannot absorb iron properly. A study conducted by Dr Dan Eisenberg and team, and published in the Jama surgery journal found that poor iron absorption is the main cause of anemia among bariatric patients.

If you are a teen, or a woman who in the reproductive age, you have a higher risk of getting anemia. Additionally, if you suffer from obesity related chronic inflammation, your chances of iron deficiency anemia are higher. Moreover, ulcers that sometimes develop after surgery might bleed severely and cause you to be anemic.

However, the study also found that patients who received adequate follow-up care from a physician with bariatric expertise are less at risk. As such, once you have gone through weight loss surgery, it is important to see your surgeon and dietitian.

Importance of iron in the body

Iron helps you to maintain healthy cells, skin, hair and nails. When you eat food, iron is absorbed into your body through the cells that line the gastrointestinal tract.

(Miller-Keane Encyclopedia and Dictionary of Medicine, Nursing, and Allied Health, © 2003)

The iron is then released into your blood stream. Transferrin (a protein) then attaches to it and delivers it to your liver. Once there, your liver stores it as ferritin and releases it as the body needs to make new red blood cells.

Your body produces Red blood cells in the bone marrow with the help of erythropoietin, which is a hormone produced by the kidneys. Red blood cells contain hemoglobin which carry oxygen to body tissues. After approximately 120 days, your spleen reabsorbs red blood cells. More so, your body recycles iron from old cells. (American Society of Hematology, 2014).

Further, your tests might show decreased white blood cell count if you have severe iron deficiency. More so, you might register a decrease/increase in platelete count.

The image below shows symptoms of anemia

Other likely symptoms include:

Treatment of anemia depends on the underlying cause and severity.